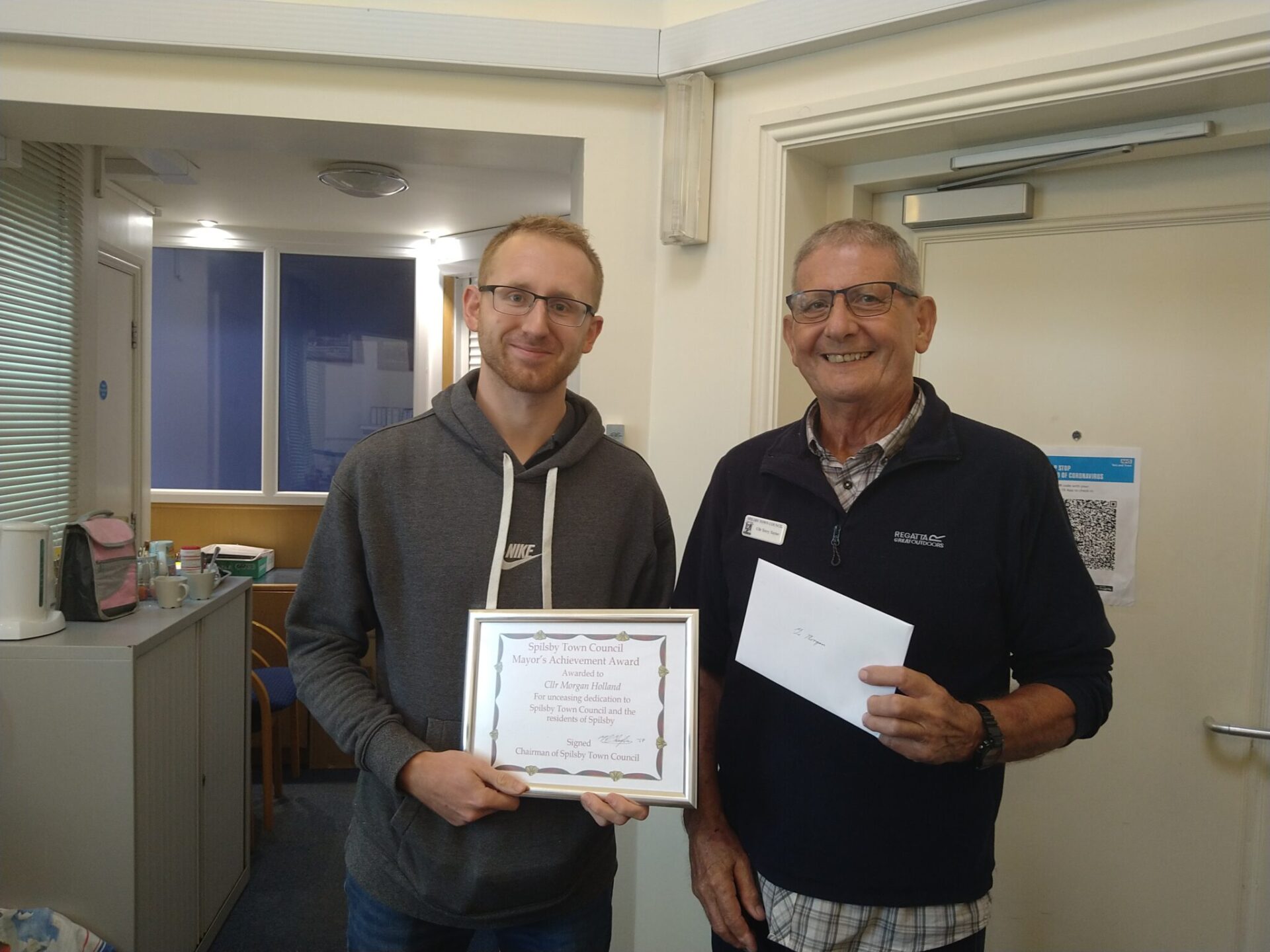 This article was published on September 16, 2021 and information contained within may be out of date.

Spilsby Town Council’s youngest ever member has been honoured by the Council for his work as he looks to move to the next stage in life – studying at University.

Councillor Morgan Holland was presented with a Certificate of Achievement by Councillor Terry Taylor, Mayor of Spilsby, a leaving card, and also a gift card. He is due to enrol as a student at Nottingham Trent University to study for a degree in Zoology.

Morgan was the youngest ever Town Councillor in Spilsby, starting at just 18 years old, and had been a shining example of the kind of drive and dedication required to be a local Councillor. In his time with the Council, he had engaged with the youth of Spilsby to explore what possibilities there are to improve the facilities within the town for them.

In a statement released by the Council, they said “The saying ‘old head on young shoulders’ certainly applied to him. He always entered into balanced discussions during Council meetings and was a driving force in anything project he
undertook.”

“He will be sadly missed by his colleagues at the Town Council.”