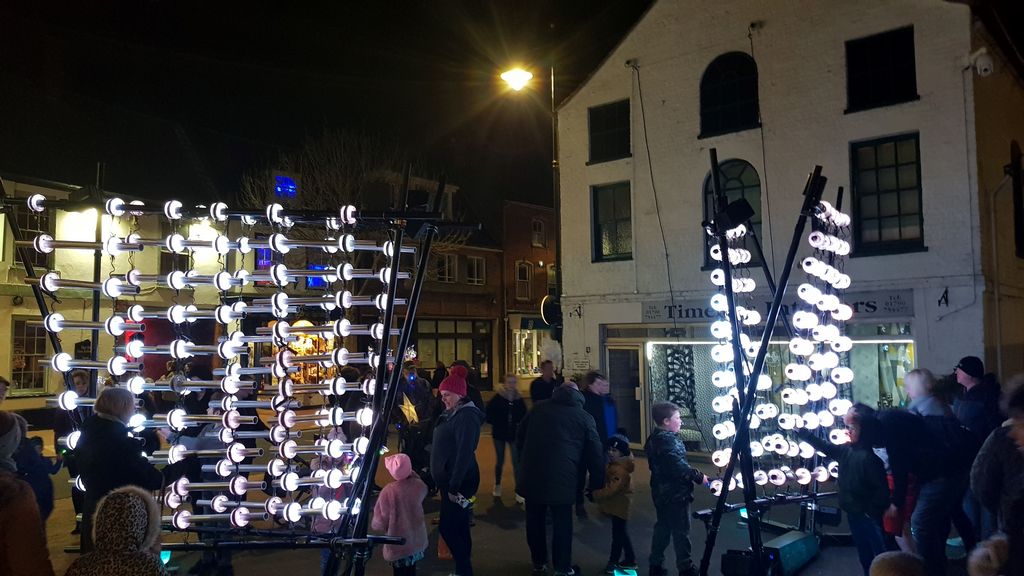 Final preparations are being made by the team at Spilsby Sessions House & the Different Light Collective for the third Spilsby Light Night that will be taking place on Saturday from 6 pm to 9 pm.

The event is free and open to everyone with refreshments available at both St. James’ Church and the Methodist Church and will include projections, installations, performances and other unexpected illuminated moments on buildings, sites and spaces across the town centre.

The Light Night has been made possible by a grant from Arts Council England along with additional financial support from East Lindsey District Council and Spilsby Town Council, as well as from local businesses Tongs Engineering, Sills & Betteridge and J&A with extra support from Magna Vitae and the SO Festival too.

Community engagement has always been a big part of the Spilsby event and in the run-up to the 2022 event, organisers have been working with local schools and community groups, including the 2nd Spilsby Scouts, on a series of artistic installations that will be part of the Light Night and will help illuminate the town. Lumo Workshop has been working in Spilsby and Stickney to create more than 100 Houses of Light that will be displayed around the churchyard of St James’ Church with a soundtrack of young people’s voices sharing their thoughts about their town and their lives made by Grubby Kneez, a children’s youth theatre group that is run from the Sessions House. There will also be an exhibition of digital images created by Pupils from Woodlands Academy, projected inside St James’ Church.

A digital workshop was held for children in the town with international graffiti artist Mohammed Ali from Soul City Arts in Birmingham. Mohammed shared some of his creative skills and passions with children at Spilsby Primary Academy and set them and local scouts a challenge to make their own billboard poster designs, all of which will be shown on a screen inside the Methodist Church. Mohammed took time out from creating a 3-storey mural in London as part of the forthcoming Commonwealth Games to chat to years 5 and 6 children from Spilsby and the surrounding area and was delighted to be able to reach children in a rural area in a way that he isn’t normally able to do.

Other artists confirmed for the Light Night line-up include Barret Hodgson from Vent Media, who will be projecting onto the front of the Sessions House as a silent disco takes place; a dance performance called ‘Preppers’ by Casson & Friends, a virtual reality experience by Leicester based tech company MBD, a projection by local digital artist Simon le Boggit, street artists Artizani with their amazing Illuminated Bees as well as Earth Bound Misfits and Altered States who will be bringing the incredible illuminated Invisible Man to the streets of the town.

The organisers will also be providing a range of other illuminations and interactive activities including Digital Graffiti, the Shadow Stage and the Marvellous Mechanical Musical Machine, which was originally commissioned for East Lindsey’s Festive Fabuloso project last December.

Simon Hollingworth, Creative Producer with Different Light, is thrilled that the Spilsby event is back and this time is being presented by Spilsby Sessions House: “Different Light & the Sessions House have been working together on all kinds of community events and projects since we started in 2018, but Spilsby remains very much our home and planning and delivering this third edition of the event has been a real joy and we really hope that people come out on the night and get involved.”

The event will be free, but the team will be asking for donations from the public, no matter how small, to contribute to the overall costs of the event and to ensure that future similar creative projects can take place. Please note that Spilsby High Street will be closed from 3 pm to 10 pm and the two District Council car parks in the centre of town will be closed all day Saturday.