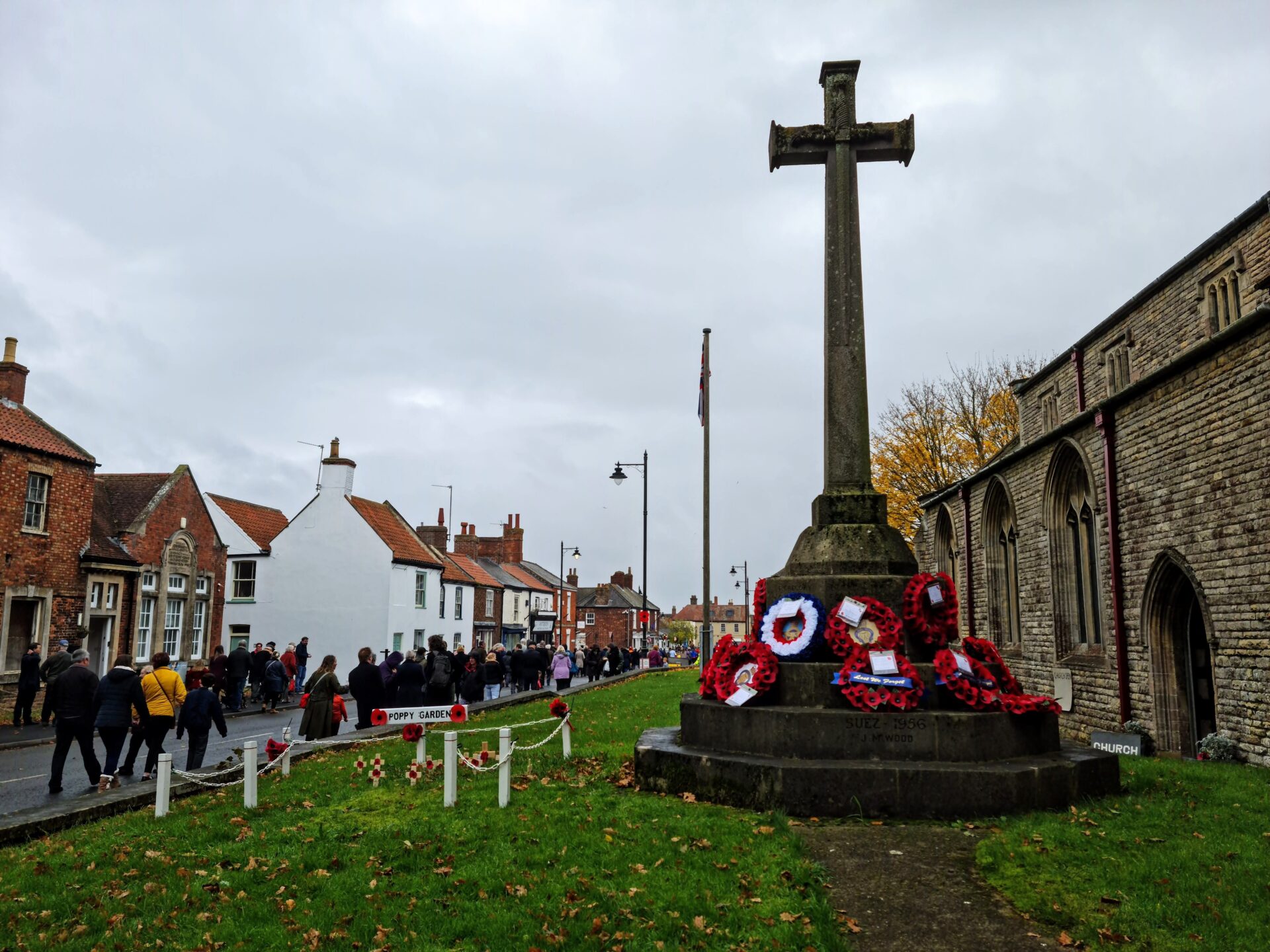 This article was published on November 14, 2021 and information contained within may be out of date.

There was a good turnout for Spilsby’s Remembrance Sunday parade and service.

The parade commenced from the Buttercross in Spilsby and continued all the way to St. James Church in the town, with representatives from the Royal British Legion, Spilsby Town Council, Lincolnshire Police, Fire and Rescue, Spilsby Rotary and local scouts and guides groups, among others.

During the service, the congregation heard readings by the Chair of the Spilsby branch of the Royal British Legion and the Mayor of Spilsby.

After the service wreaths were laid on the war memorial and the Last Post was played before a minutes silence to remember those who gave their lives so that we may be free.